A downloadable game for Android

Beat Bandit is a VR rhythm/fitness game where you slash, or shoot your way through levels set to pulsating music. You use a sword, or gun to destroy blocks to the beat.

Levels are made up of blocks that denote the direction in which they are to be cut, or groups of blocks that are marked with the multiplier you receive for destroying them. When using the sword, make sure you use the cutting edge to get the most points.

When using the gun, make sure your aim and timing is true. Challenge your friends and family for honors on your local leaderboard, and, when you are ready, take on the global leaderboards.

The game ships with 14 songs and over 25 levels (with more planned in the future updates), but players can add their own songs to the game by creating levels using tools like mediocre mapper.

Create a directory in the “Music” folder on your Oculus Go, and name the directory “BeatBandit” (The Directory structure is case-sensitive).

Copy the custom song folders into this directory (“Music/BeatBandit”) on your Oculus Go and start the game.

Make sure you unzip the folder before copying it to this directory, and make sure the entire directory is copied.

Once this is done, the songs you added should appear in the Custom Tab under the song list on the main menu. (Difficulty levels up-to “Expert” are supported. We found that “Expert+” levels were unachievable with the single saber in Beat Bandit)

In order to download this game you must purchase it at or above the minimum price of $7.99 USD. You will get access to the following files:

Thank you so much for making this game, it’s really great that I have an alternative to Beat Saber I can play on my Oculus Go. The game plays much better than I thought it would, and it is well worth the $8 price tag. I only really have 3 minor complaints that I hope are fixed in an update. 1. From what I’ve tried, one-handed custom beat saber songs don’t work in Beat Bandit, which is a big missed opportunity since those songs should translate to the gameplay of Beat Bandit better than any others. 2. There isn’t an option to remove all arrows from a song like in Beat Saber, which makes the game much more accessible to younger players. 3. The sound effect that plays when you hit a block is not as subtle as it is in Beat Saber, and every once in a while I find it a bit too loud over the song that’s playing. Those complaints didn’t come close to ruining the game for me, and I am happy to have an alternative to Beat Saber to play when I cannot play my family’s one Oculus Quest.

Hi Joo3. glad that you liked the game. I'll look into the your suggestions, and hopefully when I have time, fix the game. Thanks.

Hey, has the problem of one-handed Beat Saber songs not being supported been fixed yet? I'm interested in purchasing this game to play on my Oculus Go, but I don't see a point if it doesn't support 1-handed custom songs from the existing Beat Saber community.

Sorry, didn't see this comment. I have a new rhythm game coming out soon, and my quest 2 is on the way. :)

Very fun game.  Good choice of songs, well designed levels.  It's only game I really play on the Go these days.  The ability to add custom songs is good, and although I haven't tried making any myself just yet, I will in the future.  My only issue is that the controller often aims in a different direction than you are pointing, although this is the Go's fault and not the game's.  This was never really a major issue, although it could get frustrating at times.  If anyone is unsure whether this will bother them then I'd recommend that you try the demo out first.  This game just fills that Beat Saber shaped hole that many of us Go users have.  I'd definitely recommend it!

Yeah, the issue with drift is annoying. The fast movement in the game don't help. Finding a spot in the song to recenter the controller becomes part of the challenge of the game tho 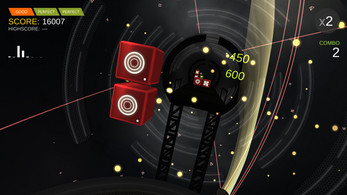 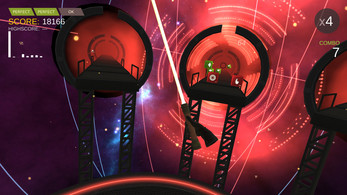 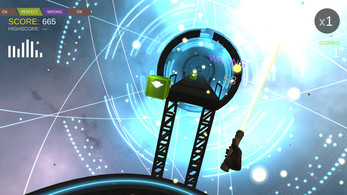 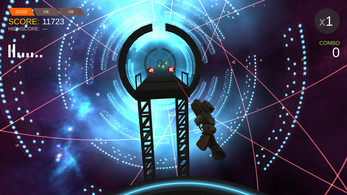 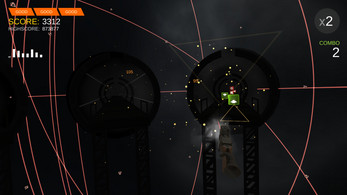